Why do ships have godmothers?

A new ship is only official when it has been christened, typically by its Godmother and sometimes a Godfather. Learn more about the history of the naming ceremonies and meet some of our own inspiring godmothers.

What is a ship godmother?

A ship godmother is a civilian (typically a woman) who is invited to sponsor a new ship. They usually include royalty and celebrities. It’s believed that feminine energy brings good luck and protection for future sailings.

What’s the history of godmothers?

Superstition, religion, and rituals have long been ancient naval traditions. As long as there have been ships, there have been blessing ceremonies. Dating back thousands of years, the Egyptians, Greeks, and Romans all blessed their ships to keep the seaman safe during their voyages. Today’s naming ceremonies typically involve the godmother cracking a bottle of champagne against the ship’s bow to bring good luck.

What are the duties of being a ship godmother?

Named in ice - with ice!

The world’s first hybrid-powered expedition ship made history when it performed its naming ceremony in Antarctica – the first ship ever named in Antarctica. Not only that, but it also replaced the traditional bottle of champagne with a chunk of ice.

The ship’s godmother, Karin Strand has a passion for exploration, the oceans, and the communities we visit, as well as an ongoing will to innovate – making her the perfect choice for this remarkable ship. 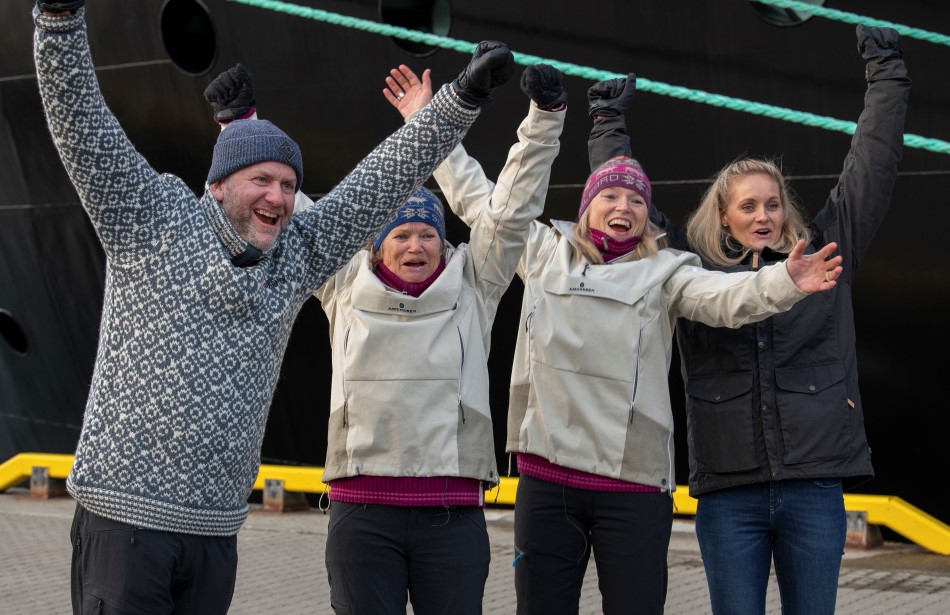 Named next to the North Pole

Our second battery-hybrid powered ship MS Fridtjof Nansen made history with the most northernmost naming ceremony for a passenger ship – in spectacular Svalbard, the location where expedition cruising began in 1896.

Nansen was given not one, but two godmothers: Sunniva Sørby and Hilde Fålun Strøm. These incredible women dedicate their lives to inspire action and engage a local dialogue on climate change and made history as the first women team to overwinter in remote Arctic Svalbard.

Are you ready to explore? Take a read of our travel guides of Antarctica and Svalbard.

Are you ready to explore? Take a read of our travel guides of Antarctica and Svalbard.