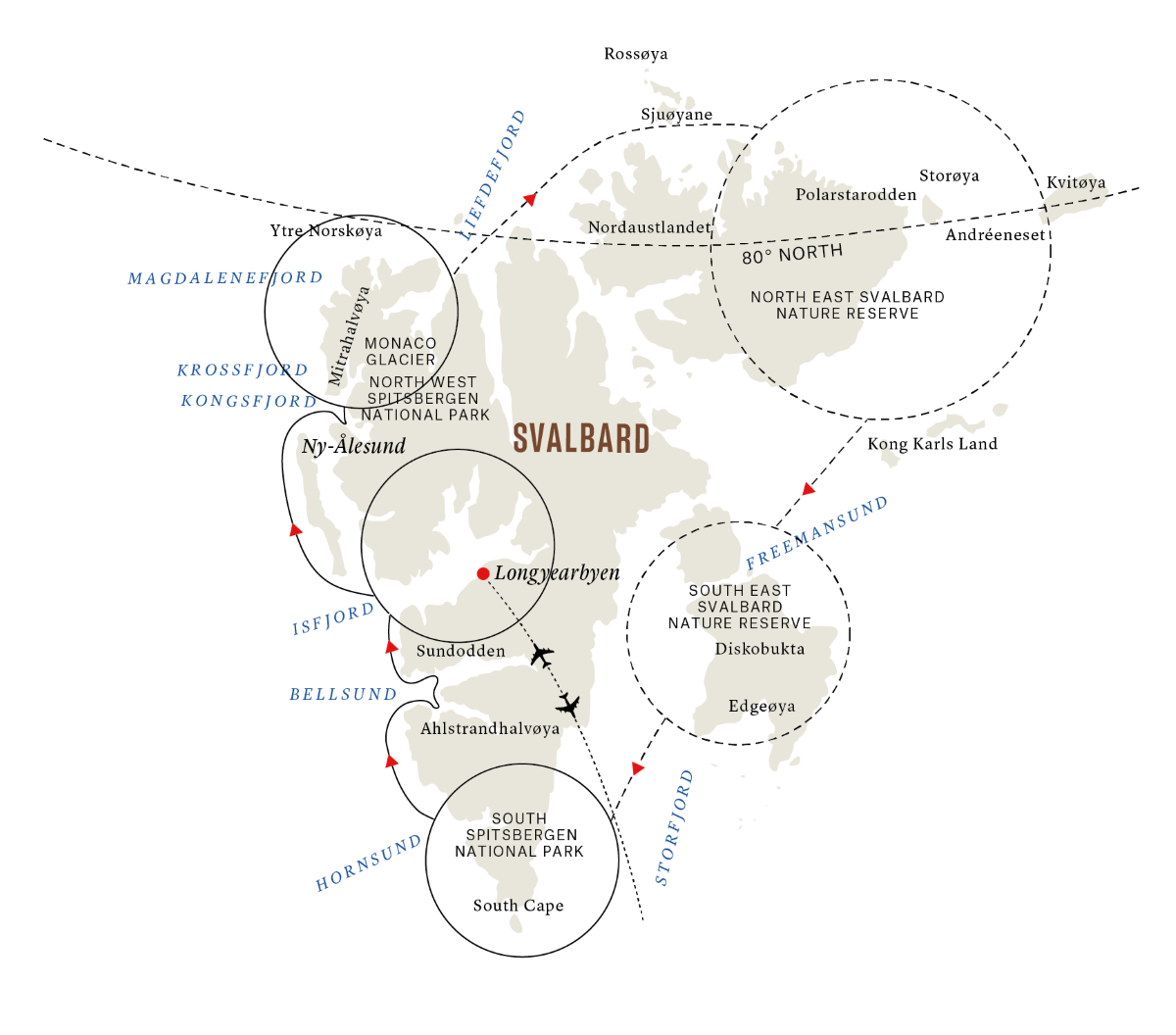 Going further into the realm of the polar bear than any of our other Svalbard expeditions, this epic voyage will see us attempt to find a way through the Arctic’s ever-changing sea ice and venture above the 80th parallel north. Our goal is to successfully complete a circumnavigation of the entire Svalbard Archipelago, if the ice allows us.
Day 1

Oslo / Longyearbyen - Hotel
From 59º N to 78º N
Walk among modern architecture in Bjørvika, Oslo, an area of constant renewal.

Your trip starts with a flight from Oslo in the evening. Before your flight, enjoy the museums, parks and cafés of the Norwegian capital.  On arrival in Longyearbyen, you will set foot in an entirely different world; a tiny town perched on the edge of the Arctic wilderness. Transfer to your hotel and overnight.

Walk among modern architecture in Bjørvika, Oslo, an area of constant renewal. 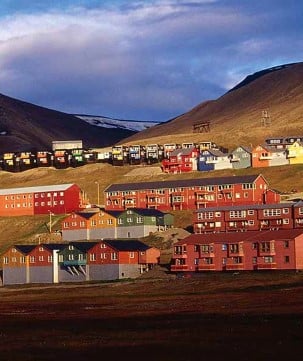 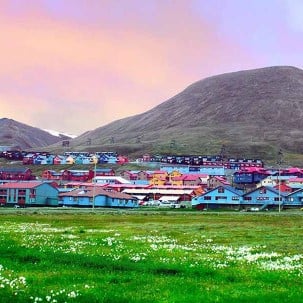 Longyearbyen is the centre of Svalbard, and a great place for adventure travellers.
Day 2

After an overnight stay join an excursion to get to know this unique town after lunch. The mighty Arctic wilderness dominates life here, but Longyearbyen maintains a lively cultural life and serves as a prime destination for adventure travellers. Enjoy the atmosphere of this colourful frontier outpost before boarding your ship in the afternoon. 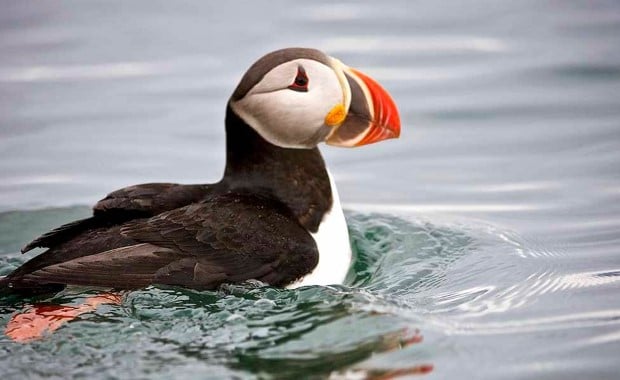 The North West Corner is scattered with lovely islands, fjords and beaches, but such majestic sights can be blocked by some heavy sea ice. We use all our expertise and 120 years of experience in these waters to try and navigate the ice in order to access areas for you to explore. One such site is Kongsfjorden, one of the most beautiful fjord areas in Spitsbergen, with mighty glaciers calving icebergs into the sea, framed by stunning mountain formations. We also plan to call on the former mining settlement of Ny-Ålesund, now an international centre for research, with a picturesque mix of old and new buildings. There will likely be many other exciting landings and scenic kayaking opportunities if we are able to move past the ice and go further north. 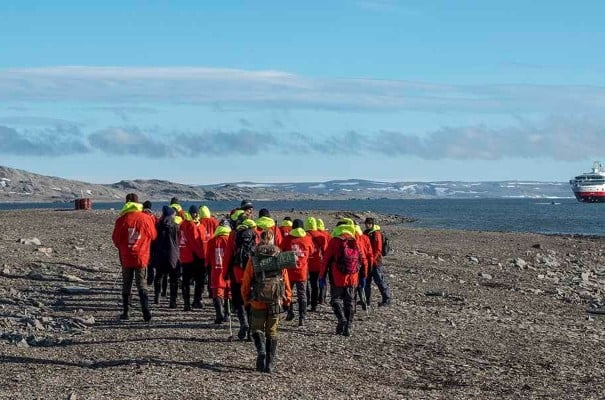 Visiting Kinnvika, a bay in the Murchisonfjord, where a swedish-finish research station was established from 1957-58.
Photo: Andrea Klaussner
Phippsøya is the largest of The Seven Islands”, on the northernmost part of the Svalbard archipelago
Photo: Stefan Dall
Day 6-8 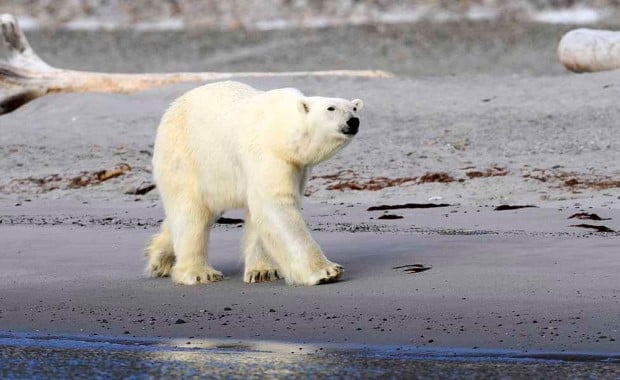 A polar bear strolling around on the beach on Phippsøya, Svalbard
Photo: Linda Drake

Eastern Svalbard boasts the highest population of polar bears in the archipelago. You will also be exploring the area in summertime, which is when polar bears and their cubs will be out hunting for seals on the ice floes. We therefore have high hopes that you’ll spot one or more during this journey.

The Arctic Ocean in this part of Svalbard is also full of drifting ice and its frozen seascape changes constantly. Being modern-day explorers, the captain and the Expedition Team will be carefully analysing the density and movements of the sea ice using advanced sonar and live satellite imagery. They will then discuss together and decide where we can safely sail or land. This is what makes this cruise an expedition; it is a true, suspense-filled adventure into the Arctic’s great wilderness, negotiating and adapting to whatever elements nature challenges us with. Ultimately, it is the sea ice that will determine whether we can cross the 80th parallel and head further north to Sjuøyane (Seven Islands).

South Spitsbergen National Park and the area of Bellsund
The Expedition Continues
Hiking in Hornsund, an important area for the Polar bears
Photo: Tori Hogan

Our aim for these days is to navigate any sea ice and reach the southernmost tip of Spitsbergen. The varied geology here at Hornsund has created a dramatic and photogenic landscape. Ice pushed into the fjord early in the season also attracts polar bears that hunt on the floes, so with a bit of luck, we may spot this magnificent predator. 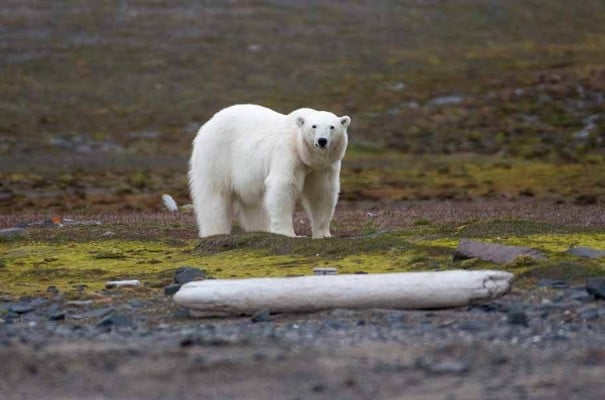 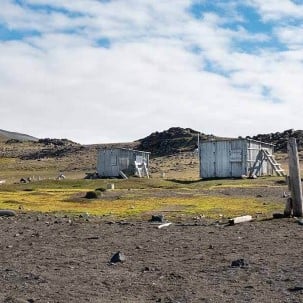 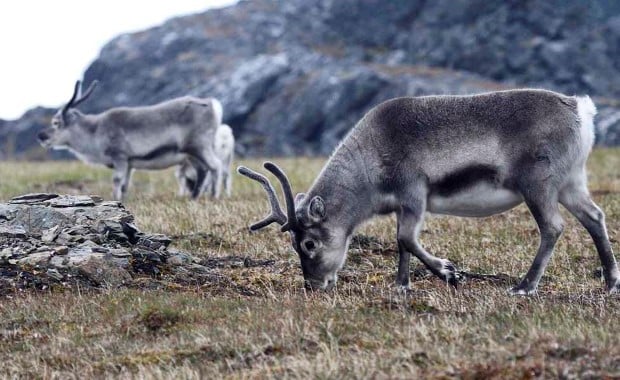 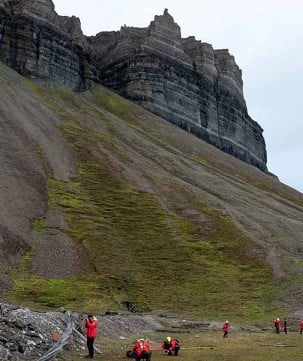 Going for a hike in Skansebukta.
Photo: Stefan Dall
Day 11 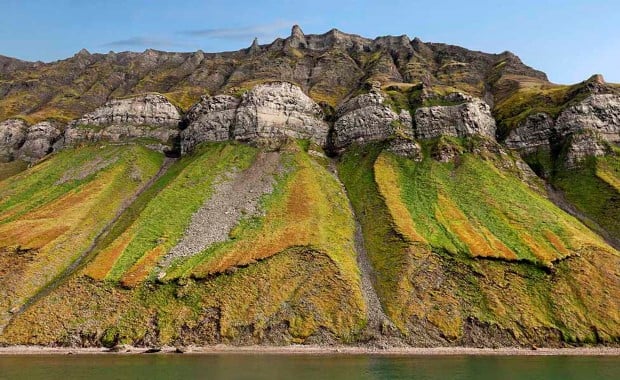 We will spend the day exploring the Isfjord, the most prominent fjord system on Svalbard. In the inner parts of Isfjorden, the landscape changes constantly. The immense U-shaped valleys, carved out of the mountains by the giant glaciers that covered the area some ten thousand years ago, are home to large populations of the Svalbard reindeer.

Longyearbyen/Oslo
End of the Expedition

Our return to the colourful town of Longyearbyen marks the end of a remarkable voyage that brought us just a few hundred miles from the Geographical North Pole. A transfer vehicle will take you to the airport for your flight back to Oslo. 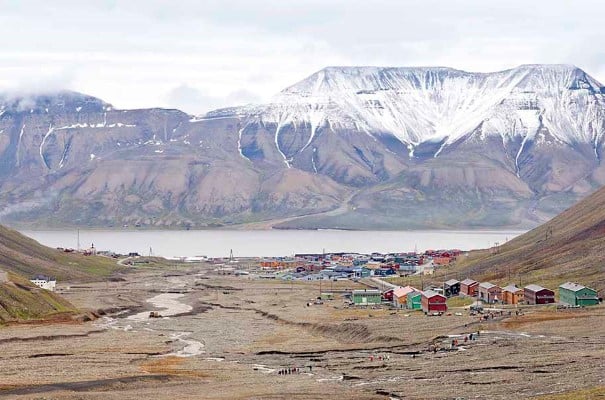 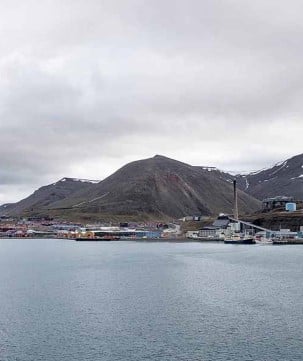 Mountain landscape surrounding Longyearbyen.
Photo: Stefan Dall
Hurtigruten offers unique expedition cruises to some of the most remote and pristine waters of the world. As with all expeditions; nature prevails. Weather, and ice and sea conditions, sets the final framework for all Hurtigruten’s operations. Safety and unparalleled guest experiences are at all times our top priorities. All our indicative itineraries are continuously evaluated for adaptions, whether this is due to constraints the elements unexpectedly presents – or exciting possibilities nature and wildlife offer. That is why we call it an expedition.
Check prices and availability 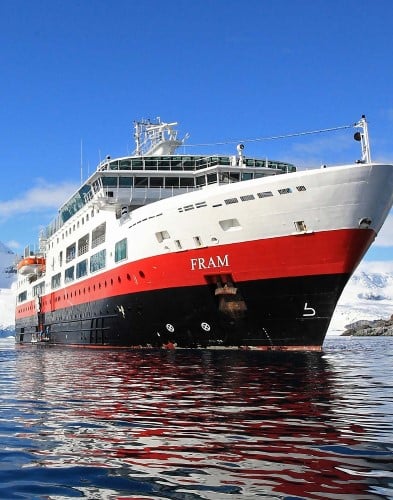 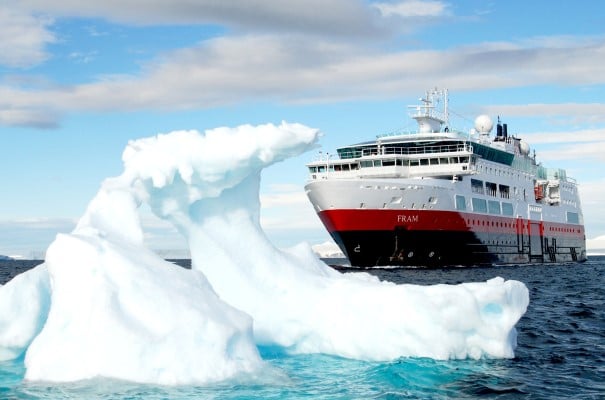 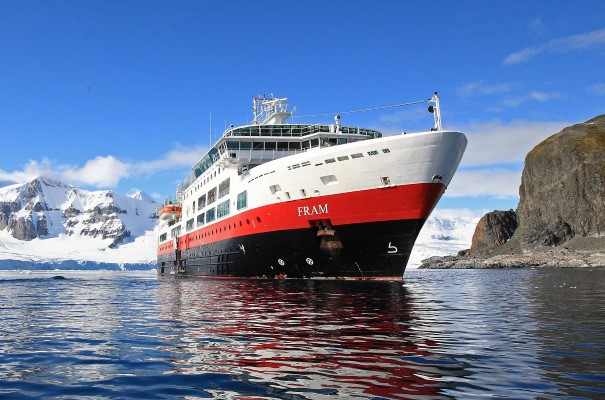 Before you travel with MS Fram