Going further into the realm of the polar bear than any of our other Svalbard expeditions, this epic voyage will see us attempt to find a way through the Arctic’s ever-changing sea ice and venture above the 80th parallel north. Our goal is to successfully complete a circumnavigation of the entire Svalbard Archipelago, if the ice allows us. 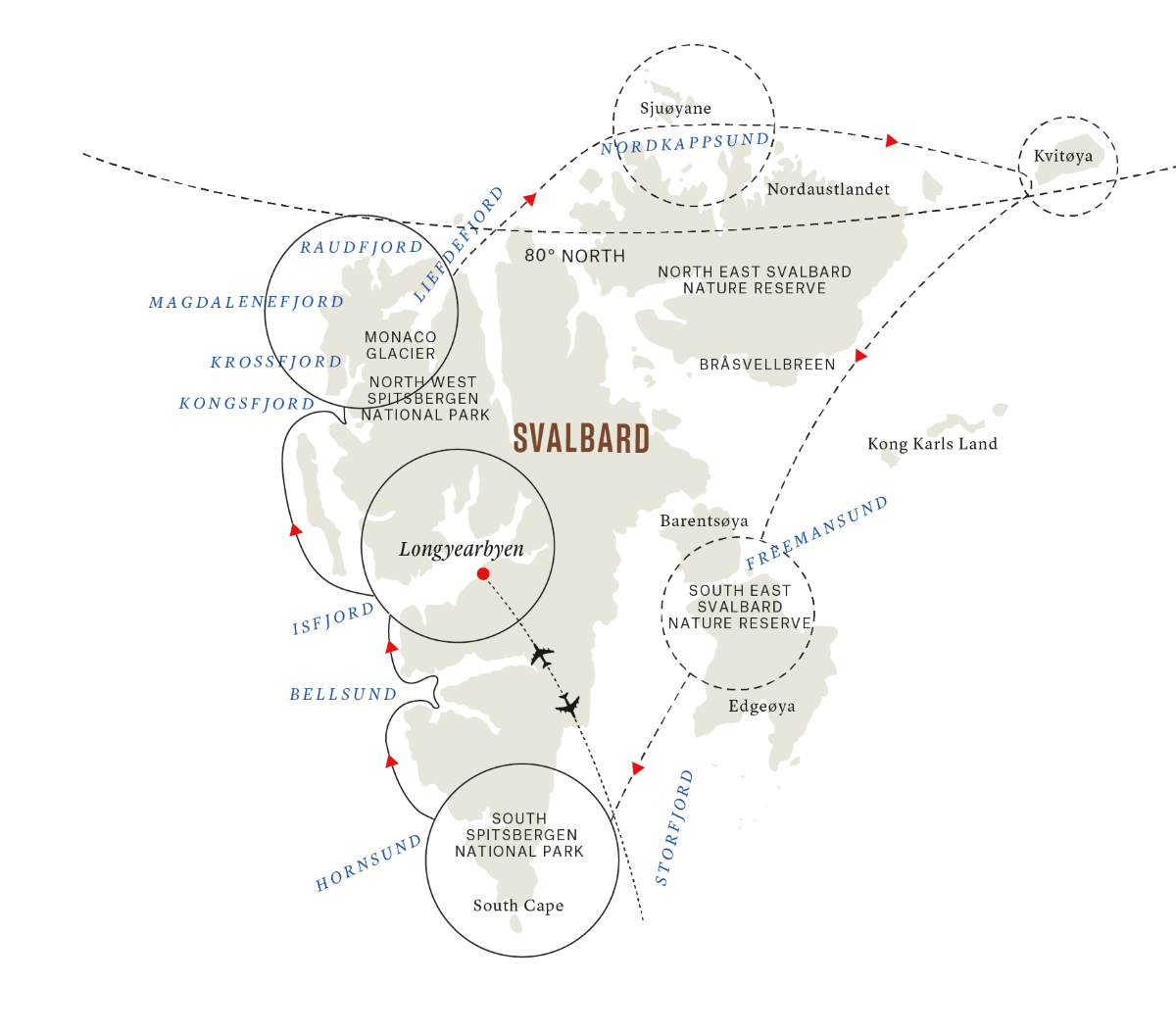 Our Svalbard Attempts are expeditions where we, in true expedition style, challenge the elements and the ice-edge of the Arctic Ocean, to circumnavigate this remote archipelago – in a safe way. Several alternative routes combined with our deep knowledge of the area and flexibility are key factors to giving you the most amazing experience. And if we really manage to circumnavigate Svalbard, it will be one for the books.

Everything you need to know before your travel