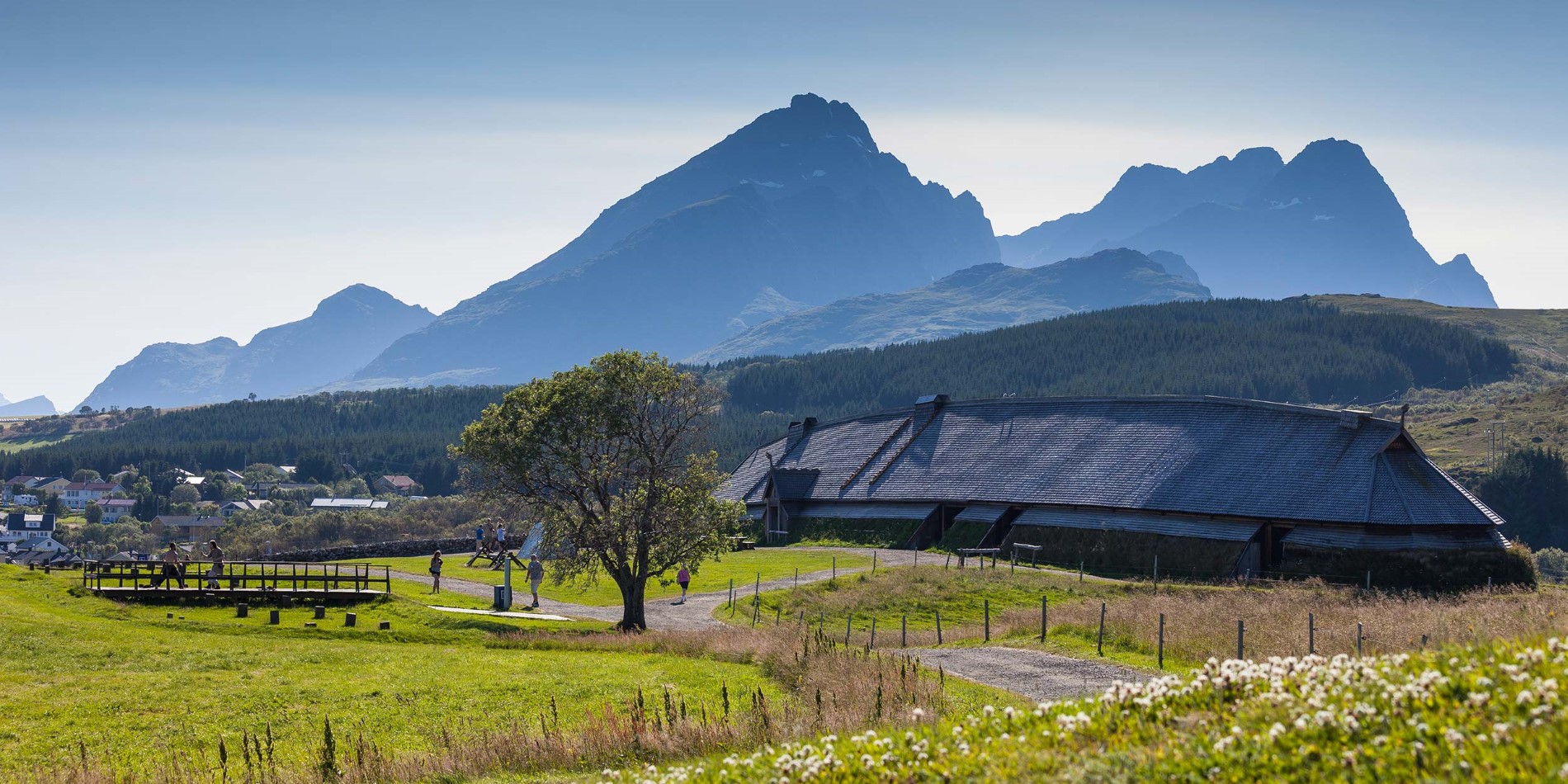 Join Dr John Haywood on a ‘Voyage of the Vikings’

We are delighted that Dr Haywood will be leading our first ‘Voyage of the Vikings’ escorted tour to Norway in October this year. He will share his Viking knowledge in a series of fascinating lectures and take you on three included excursions. We caught up with Dr Haywood between tours to find out a bit more about him, his passion for the Vikings, and what you can look forward to on this voyage.

A medieval history expert, former university teacher, and the author of over 20 books ranging from the Vikings to maritime history and historical atlases, Dr John Haywood is one of the most knowledgeable voices on the Viking and Pre-Viking Ages in the UK.

In 2012, he started leading and giving educational lectures to tour groups visiting Iceland, Scandinavia, the Baltic, and Antarctica. He’s even crewed a replica long ship!

What first sparked your interest in the Vikings?

Watching The Vikings as an eight-year-old boy was a seminal moment for me and created a strong romantic image of the Vikings in my mind. I was captivated by the film, especially the ending when Kirk Douglas was killed, pushed out to sea in a longship that was lit with hundreds of flaming arrows, and sailed off into the sunset with the Valkyrie chorus in the background.

Also, the Noggin the Nog cartoon series from the 1960s by Oliver Postgate, which created an aura and mystery about the Great Northlands that’s never quite left me. I can still recall the introduction: “In the lands of the North, where the Black Rocks stand guard against the cold sea, in the dark night that is very long, the Men of the Northlands sit by their great log fires and they tell a tale.”

I became academically interested in the Vikings in my late 20s, through my interest in landscape history. I live in the northwest of England and love the Lake District, and the Vikings are an important part of the settlement history up here. I went to university to do a Medieval Studies degree – and the rest, as they say, is history.

Most fascinating discovery about the Vikings? 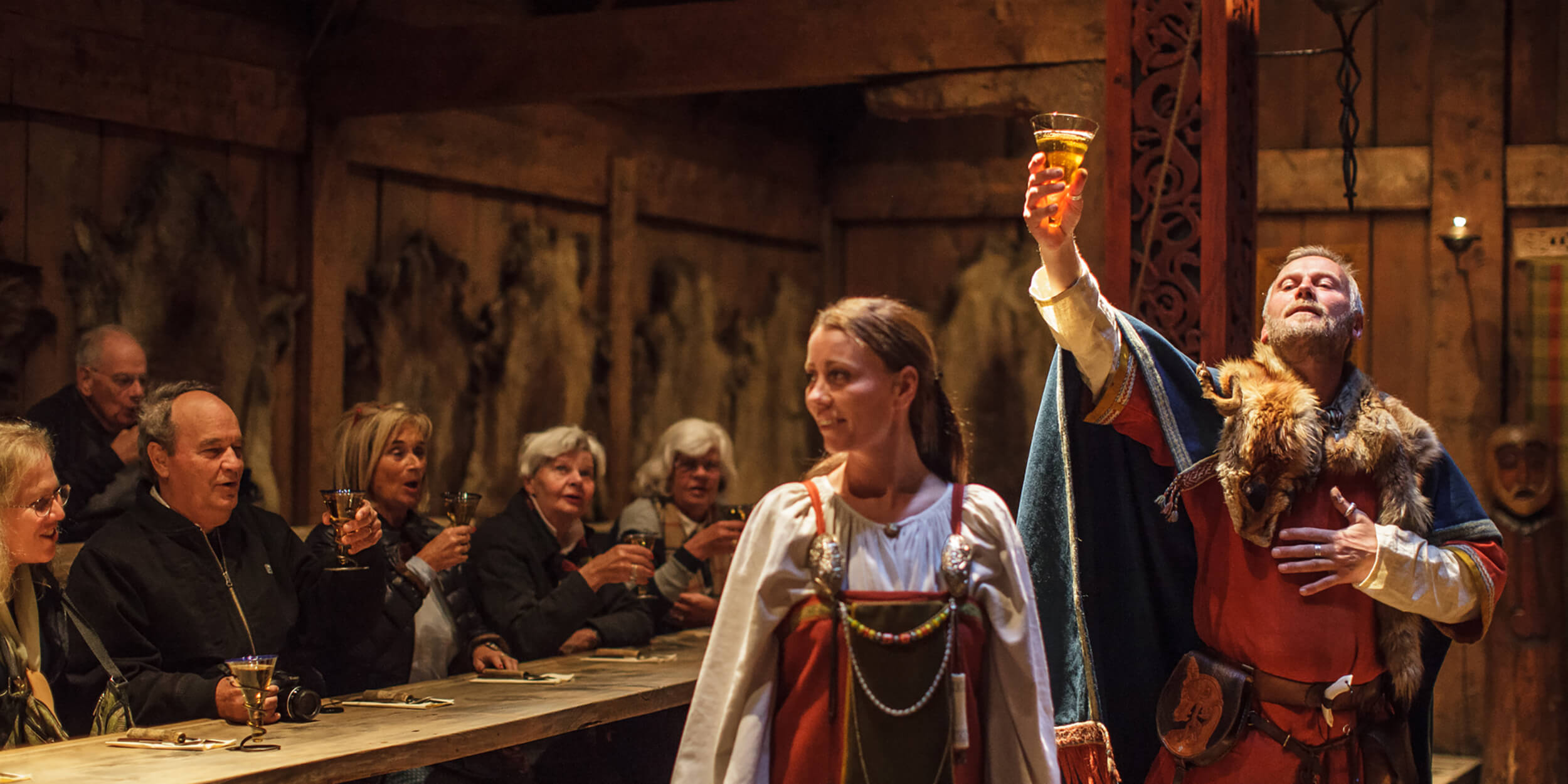 Archaeological sources from the late 8th century, like the writings of English monk Alcuin of York, indicate that the Anglo-Saxons were familiar with the Scandinavians before 793 AD. We also know trading took place between Norway and the Northern Islands before this date from artefacts found in Pictish settlements in the Northern Islands.

Viking influence may have ended in England in 1066, but the Vikings remained active in other territories until much later. Within Scandinavia, the Viking Age is largely regarded as the age of state formation, when Scandinavia was transformed from a pagan tribal society into the three Christian kingdoms of Denmark, Norway and Sweden. It was only once that process was complete, that the Viking Age effectively ended.

While Danish Vikings led the greatest plundering expeditions and Swedish Vikings were probably the most far-travelled traders, they both preferred to sail along the coastline: the Norwegian Vikings were the most adventurous and enterprising seafarers.Their outstanding contribution was to expand the horizons of the known world via open sea navigation, making long sea voyages to the Northern Isles, Faroe Islands, Greenland and ultimately North America. 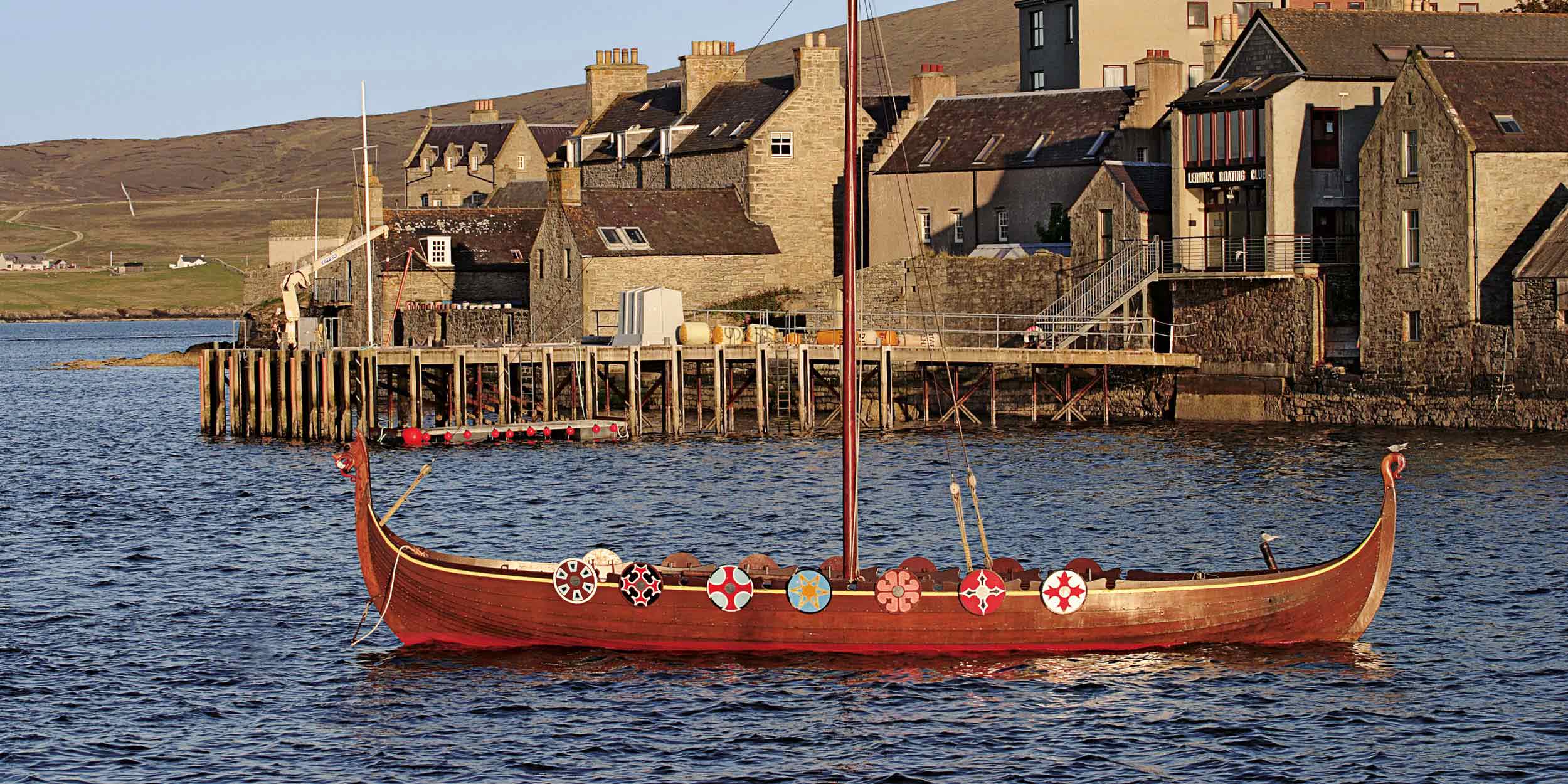 On joining Hurtigruten for the ‘Voyage of the Vikings’?

I really love that Hurtigruten is a Norwegian institution. I first sailed with Hurtigruten in 2015 and have been to many places with you, including Antarctica. On the Norwegian coastal voyage, I love that it follows a leisurely route and visits all these lovely little ports that most people would otherwise never see. It’s a real slice of Norwegian life. You sail into port and suddenly, there’s a rush of activity as forklift trucks roll on and off with crates of fish and building supplies. There’s a surprising vibrancy among the communities in Arctic Norway. The ships are really comfortable to travel on, I like that the food is local Norwegian cuisine, and that it is an authentic Norwegian experience compared with most other regular cruise ships.

Personal highlights on the itinerary

Firstly, it's a real pleasure travelling with and giving lectures to adults who have a genuine interest in the subject. I’ve travelled widely around Scandinavia and the Baltics, but Norway is special. The landscape is beyond superlatives. You can’t actually exaggerate how magnificent it is -- it’s just breathtaking! I love the combination of sea and spectacular rocky mountains with glaciers – and Norway has it all.

The Viking hall on the Lofoten Islands where we have the Viking feast, is a fun experience and the guides who host it are really well-informed. The Vikings didn’t build in durable materials so sadly, few Viking Age structures have survived. The hall itself is a wonderfully meticulous reconstruction from the best archaeological evidence and the museum houses the artefacts used for the reconstruction and is a great insight into everyday life in the Viking Age, but also how somewhere as remote as Arctic Norway was connected as far away as the Mediterranean world. 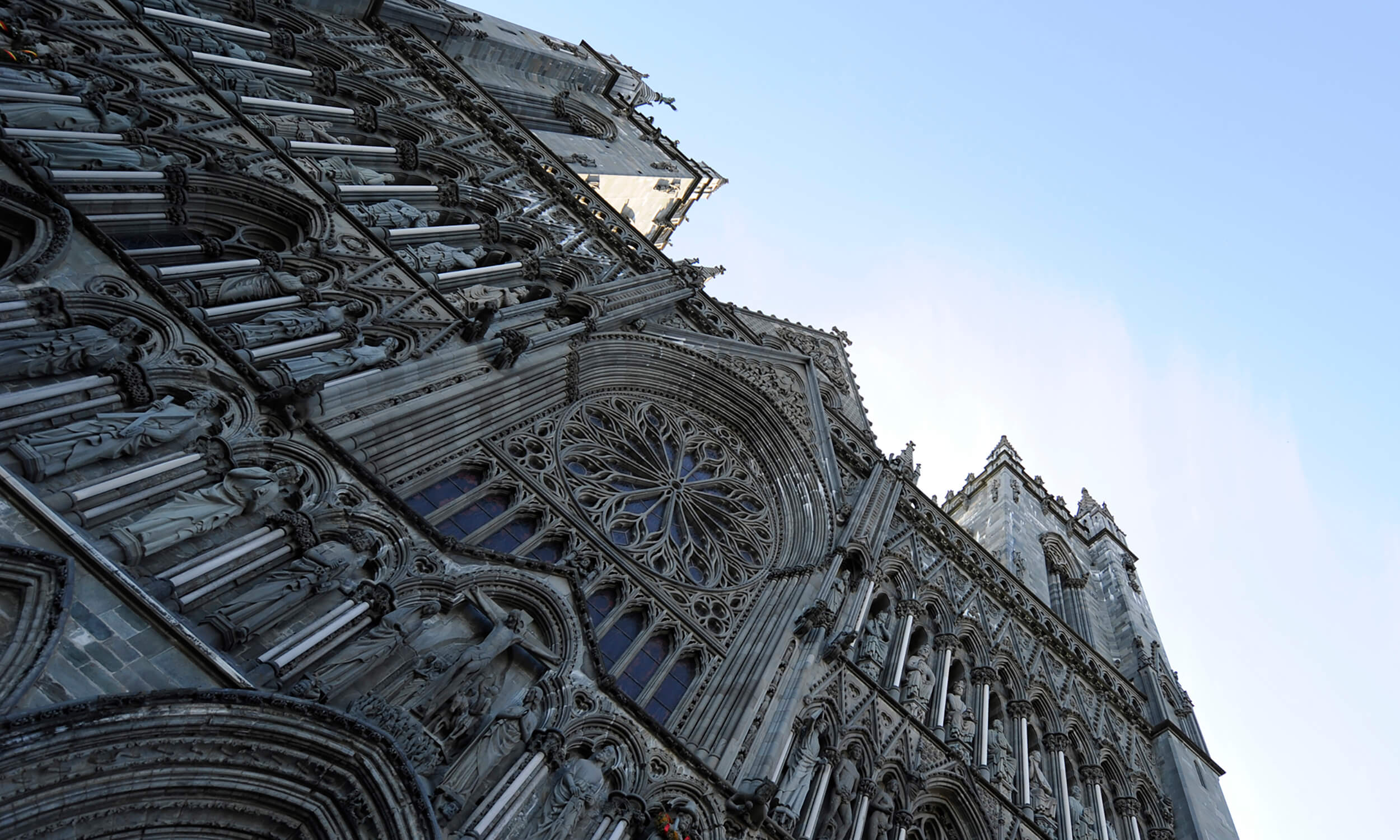 Trondheim is a very historical city, the first capital of Norway, founded by the Viking king Olaf Tryggvason in 997 AD, and Nidaros Cathedral, although it’s post-Viking, is the finest cathedral in Scandinavia. Norway in the Viking Age had two main areas of population and wealth: around Olso fjord and Trondheim fjord, rival power centres a long way apart. In order to unify Norway, King Olaf chose Trondheim as his capital to make it easier to control the north. It was also a perfect naturally fortified site with good access to the sea and fertile land. We’ll also be visiting the NTNU Museum in Trondheim, which has very good Stone Age and Viking Age archaeology. 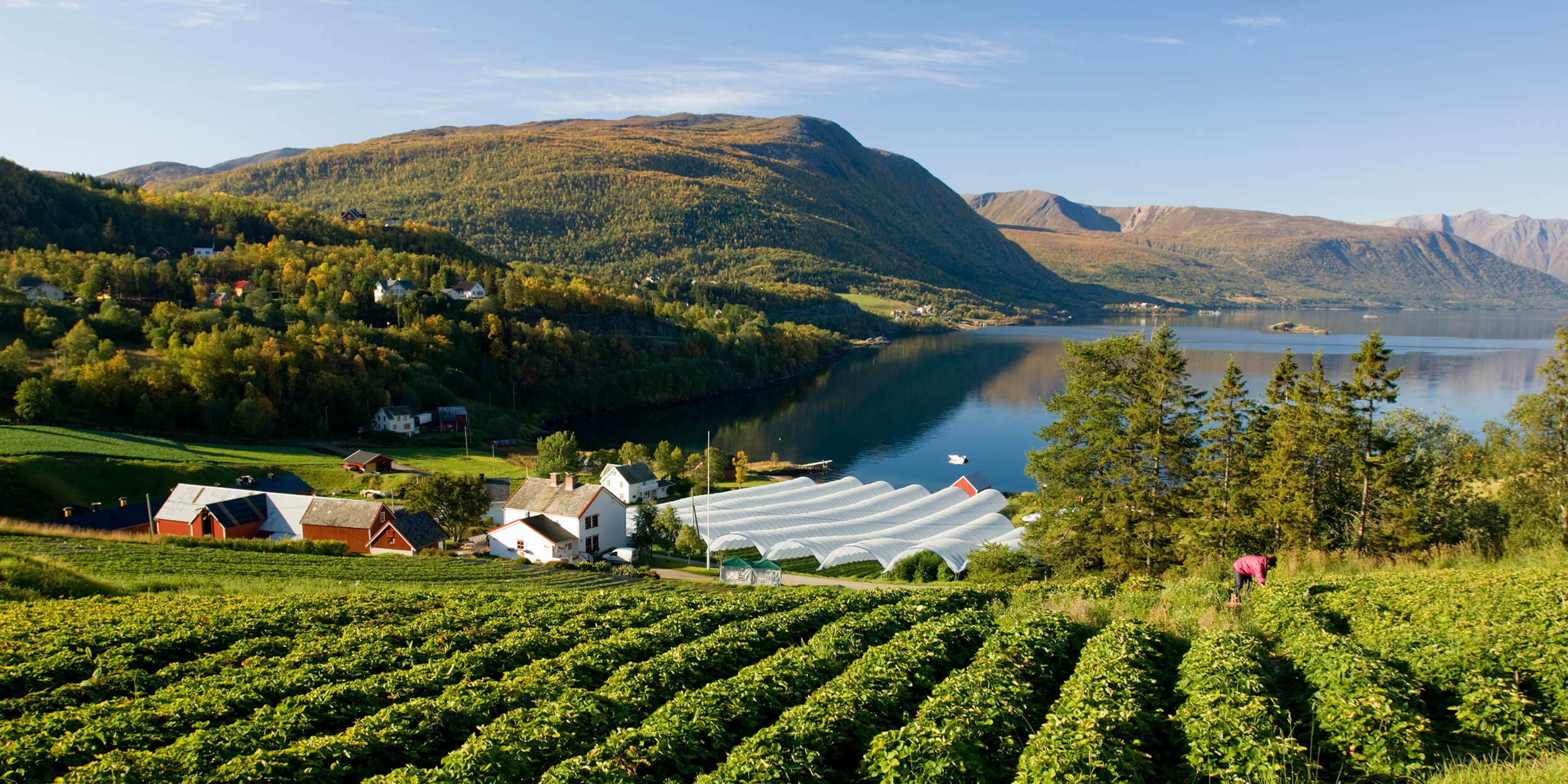 3. A Taste of Vesterålen

It’s a 4-hour excursion that covers both the land and sea perspective. The drive is a fantastically scenic route through incredible mountain scenery. Trondenes Visitor Centre has a medieval stone church – the northernmost in the world. It’s also near the remains of a WW2 POW camp. There’s a small museum which covers the history of the area from the Stone Age to the Second World War, with a very good display of Viking archaeology, the Sámi, and the local fishing industry.

Read more about the "Voyage of the Vikings” (Bergen - Kirkenes - Bergen)