The Atlantic puffin is easily recognised by its colourful beak Photo: altafoto.no Photo

A bird so special it even has its own festival

Sea Parrot, Clown of the sea - the Atlantic Puffin (Fratercula Arctica) can thank its characteristic look, including a black crown and back, grey cheek patches, white underparts, red and black beak and orange legs, for its many nicknames.

The Atlantic Puffin is a bird that holds a special place in the Norwegian etymology. It even has its own festival - Lundefestivalen on Røst, a small island at the tip of the Lofoten archipelago. Røst is close to the clifftop colony with the most Atlantic Puffins in Norway, and in earlier times, collecting their eggs was an important part of coastal livelihood and traditions.

Today the Atlantic Puffin is listed as a vulnerable species. It spends autumn and winter out at open sea, then every spring returns to coastal cliffs where it breeds in large colonies. Each couple only lays one egg. After six weeks the chick is fully bred, mostly on whole fish, and is ready to go.  It doesn't return to shore for years.

Apart from Norway, the Atlantic Puffin breeds in Iceland, Greenland and Newfoundland, and also on the British Isles. They feed on fish and have no terrestrial predators in the breeding colonies on the cliffs. Their only worry is attacks on chicks by gulls or skuas. 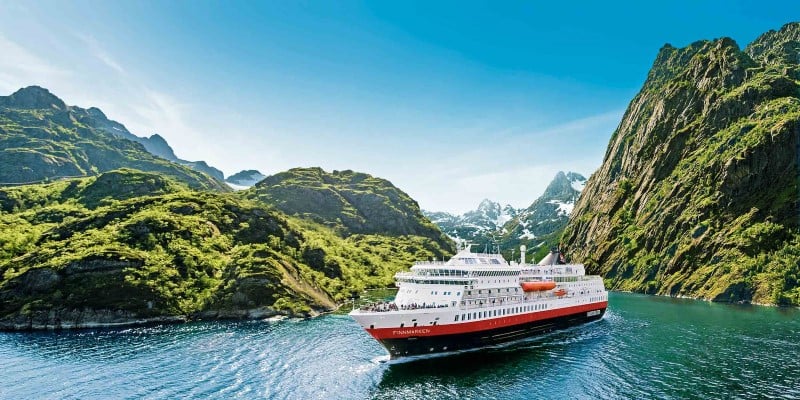 The Classic Round Voyage