On calm days, Hurtigruten can sail in and almost brush the sides of the thousand metre high mountains of Trollfjorden. No other place offers you the chance to get as close to this incredible sight.

An up-close experience unlike anything else

Trollfjorden carves inwards to Austvågøy from the west side of the 25-kilometre long Raftsundet, a very narrow sound between Austvågøy and Hinnøya. Here, Hurtigruten sails between the ports of Svolvær and Stokmarknes.

Sailing though Trollfjorden you are so close that you can almost reach out and touch the mountainsides as you sail past. But be careful: don’t wake the trolls… 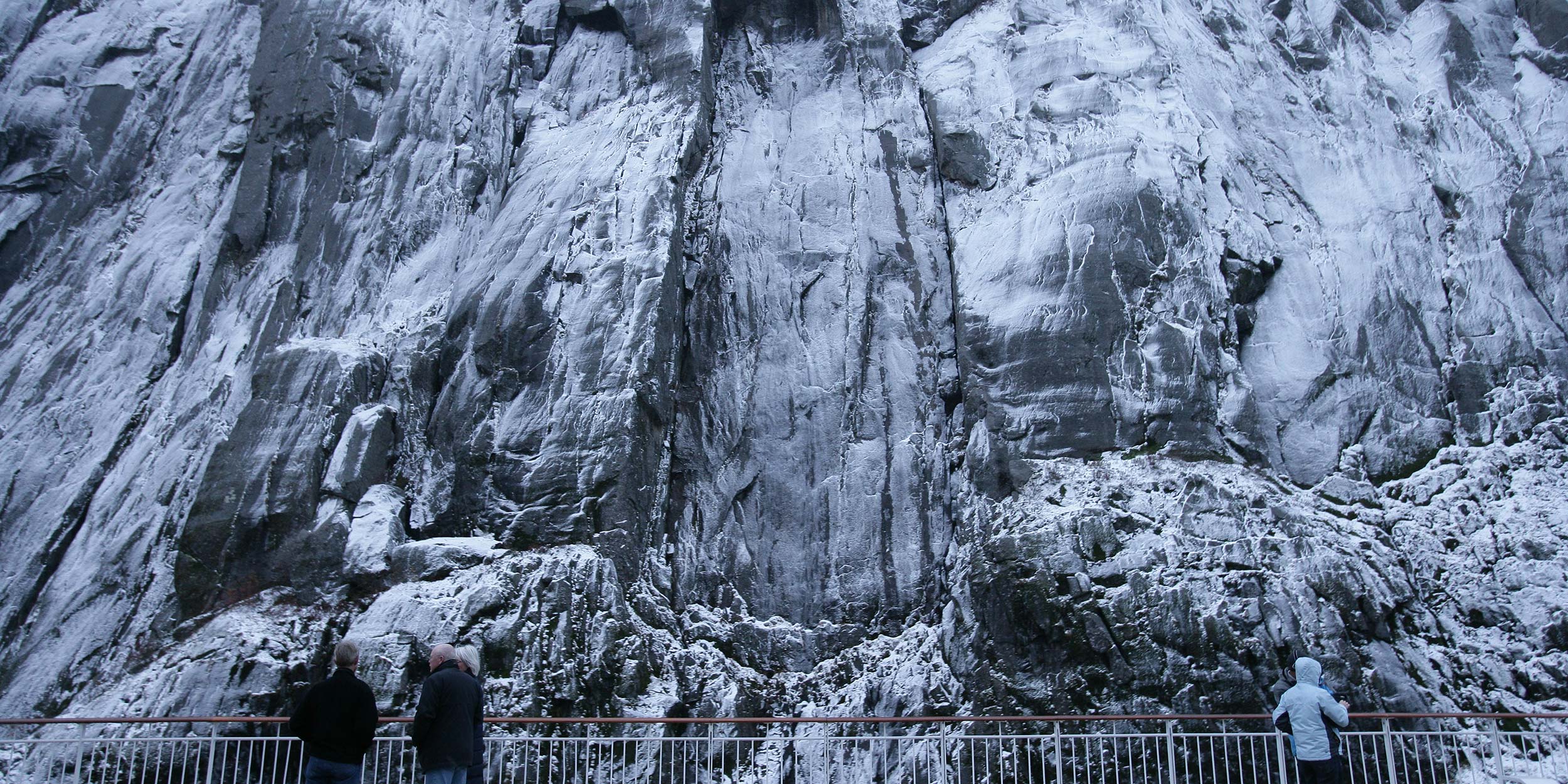 On deck you can admire peaks such as Trolltinden (1,045 metres above sea level) one side and Blåfjellet (998 metres above sea level) on the other, while the captain calmly maneuvers the ship into the 100-metre wide mouth of the fjord and turns around a few kilometres further in. All the while, you are quietly praying that the old tale still holds true: that the trolls won’t wake for a thousand years, by which time our ship will have since sailed away.

The white-tailed sea eagle is one of the main attractions in the area. Between May and October, you can join us as we sail in and turn around in this unique fjord, a truly memorable experience.

Visit Trollfjorden on a Hurtigruten cruise

This region has inspired famous Norwegian art and literature. In 1890, a battle broke out in Trollfjorden between fishermen who were all eager to claim the massive shoals of fish that had entered the fjord. The large steam-powered vessels had cast nets that blocked the fish inside the fjord, which was unacceptable to the fishermen in the smaller boats.

The fight is mentioned in the classic novel “Den siste viking” (“The Last Viking”) by Johan Bojer. It is also captured in Gunnar Berg’s painting “Trollfjordslaget” (“The Trollfjord Battle”), which is on display in Svolvær town hall.