Leap from one mountaintop to another, 300 metres above the town of Svolvær

No one travelling on the sea route to the Lofoten Islands and  Svolvær could possibly miss the sight of Svolværgeita: two rock formations shaped like goat horns that loom over the town. This double peak, 590 metres above sea level, caps off nearby Mount Fløya.

As with many mountains in northern Norway, Fløya has been the subject of legend and superstition. In the old days, many fishermen trekked up to offer the year's first catch of Lofot cod to the Svolværgeita. While traditions may have faded away, the vista from the top remains spectacular. Any who climbs to the mountaintop are still rewarded with a panoramic view of Svolvær and out across the sea.

A chance to be daring

For those adventurous enough there are a number of climbing routes up the mountainside. However, you’ll get the chance to take on the biggest dare of all right at the mountaintop: jumping a metre and a half from one goat's horn to the other. 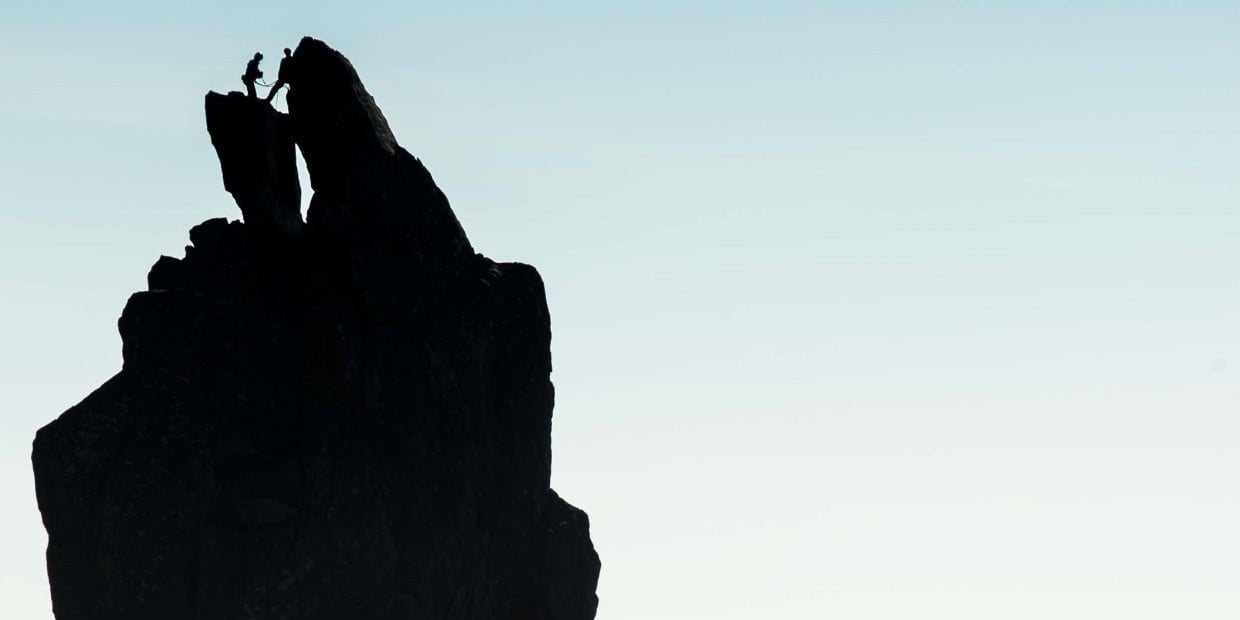 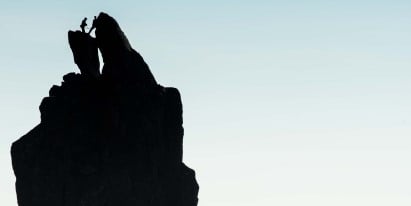