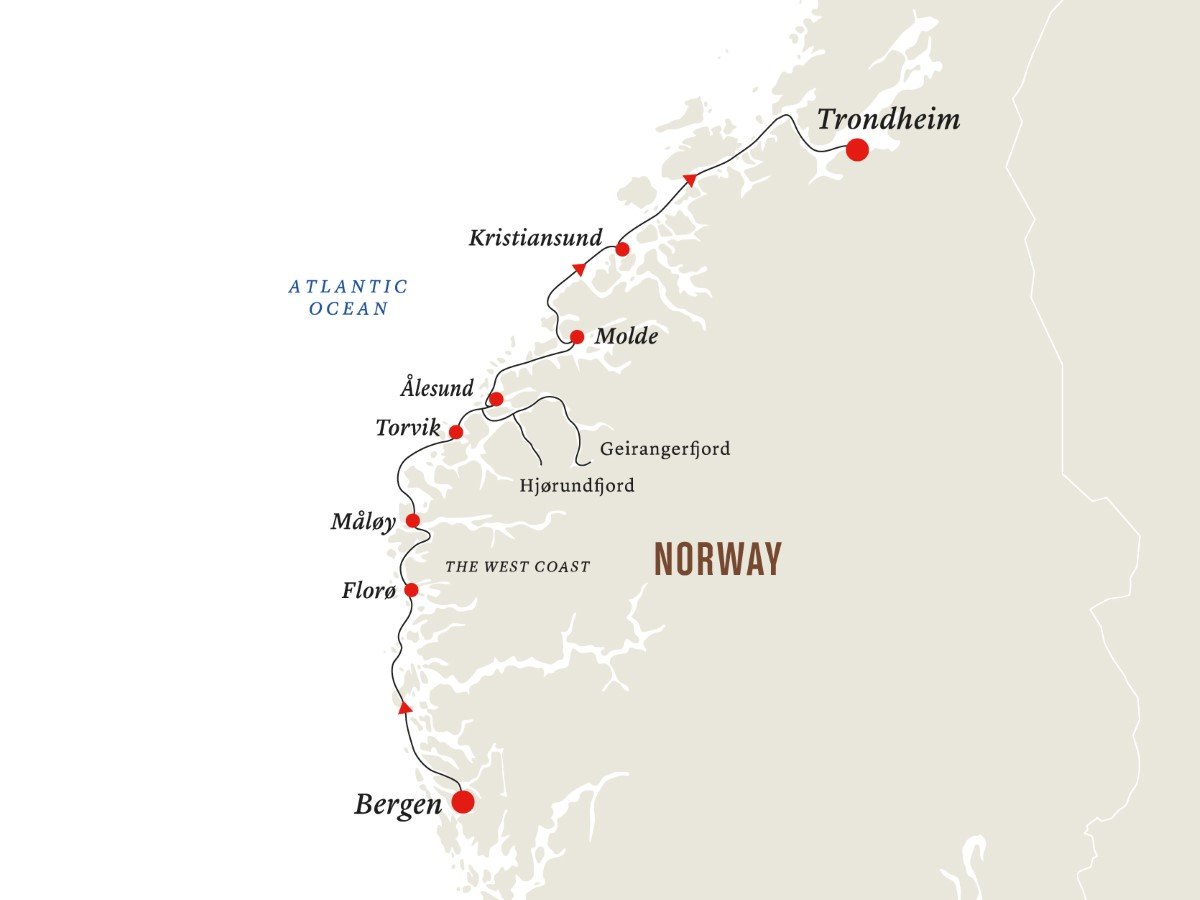 Check prices and availability
Departures Daily departures, all year round 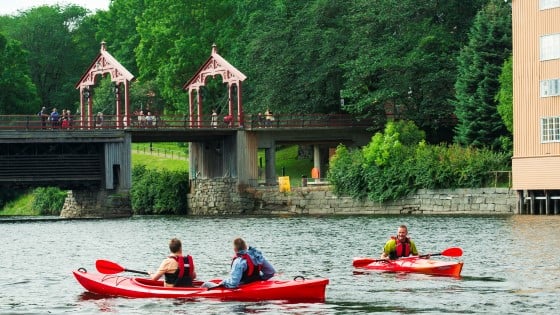 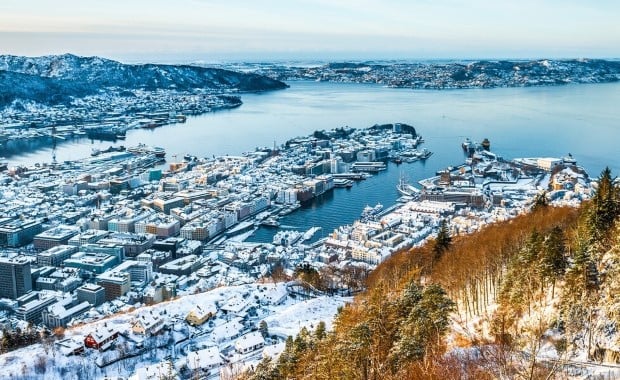 View of Bergen from Mount Fløyen in winter.

In the afternoon you’ll board Hurtigruten, and you can enjoy a delicious dinner buffet before the ship sets sail for the beautiful fjord that is Hjeltefjorden. Take the evening to relax, either out on deck or in the panoramic lounge as we sail slowly past the magnificent fjords and coastal landscape. 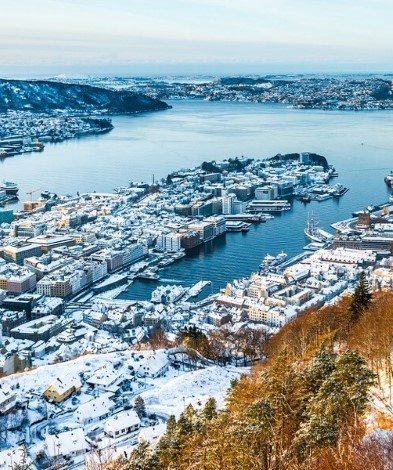 View of Bergen from Mount Fløyen in winter. 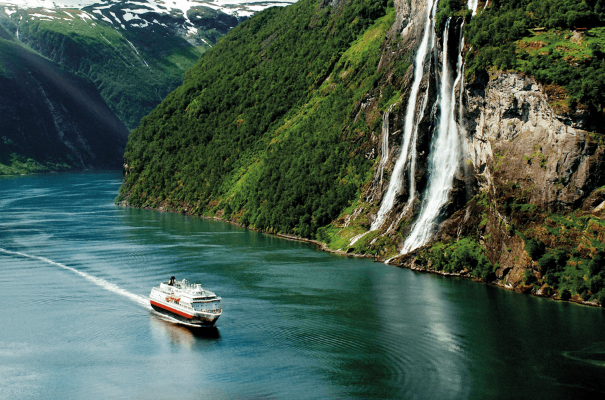 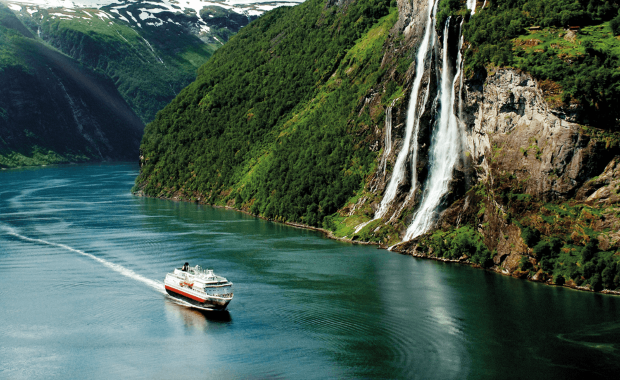 If you are awake early, you’ll have a chance to take in the magnificent view of the idyllic NordFjord, and then it’s time for an excellent breakfast. When we sail past Vestkapp (Norway´s westernmost viewpoint), we will be out in the open sea for the first time during this trip.

And then we dock at Ålesund. The town is best known for its art nouveau architecture, which is characterised by an abundance of spires, towers and elaborate ornaments. After the enormous city fire of 1904, Ålesund City Centre was rebuilt with buildings in this style. Join us on an Art Nouveau tour, where we wander through the streets of Ålesund to see and learn more. If you are interested in marine life, you should come with us to Atlanterhavsparken – one of the largest saltwater aquariums in Northern Europe. The trip includes a lovely diving show and a visit to see the penguins. Afterwards, we go up the top of Mount Aksla, from where there are panoramic views of the city and the surrounding areas.

In summer, we sail into the Geiranger Fjord. On the way in, we pass cliffs that are up to 800 metres high, and there are very impressive waterfalls. You can join us on a trip that starts with a drive up Ørneveien (Eagle Road) that has spectacular views of Geirangerfjorden. One of the many high points is drive through the 11 hairpin bends on the way down Trollstigen. We end with dinner in Molde before getting back on the ship.

In the autumn, we explore the hidden natural wonder that is the Hjørund Fjord, which is surrounded by the wild, majestic peaks of Sunnmørsalpene (the Sunnmøre Alps). Here you’ll find unspoiled nature, steep mountain sides, green meadows, secluded mountain farms and tiny hamlets waiting to be discovered. Join us on “A Taste Of Norway” trip. We drop anchor outside Urke, where a tender will take us ashore. We then continue by bus through Nordangsdalen, which is called the narrowest valley in Norway. At a lake called Lyngstølvatnet, you will be able to see an ancient settlement just below the surface of the water. There was a landslide in 1908 which created a dam that led to the formation of Lyngstølvatnet. A fascinating sight and an interesting story.

We also visit the historic Hotel Union Øye from 1881. After sampling some of the local produce, we head back to Urke and go on board again. When we sail northwards, you can attend a colourful and interesting presentation on the Northern Lights during the winter months.

Trondheim
A magical meeting with Trondheim 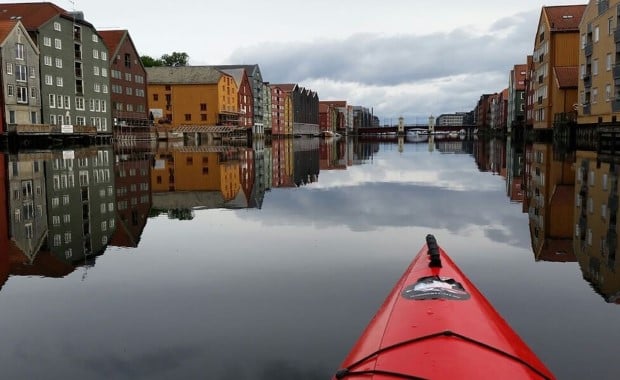 Go kayaking on the river Nid in Trondheim.

This morning you’ll wake up in Trondheim, a beautiful city that is like something out of a fairy tale. The architecture is very special, and there is a mystical ambiance. After breakfast, you can disembark and go and explore the city. Few large cities have managed to retain their historical character in the way that Trondheim has.

The narrow medieval passageways are still in place, and create a stark contrast to the broad streets from the 17th century. In the city centre, there are lots of wooden houses with some dating back as far as the 1700s. Trondheim was Norway’s first capital and was founded by the Viking king Olav Tryggvason in the year 997.

Join us on a guided tour of Nidarosdomen (Nidaros Cathedral), or walk through the charming streets on your own as you uncover the secrets of Trondheim. Take in the view from Gamle Bybro, which was built in 1861, and the charming wooden houses in Bakklandet. Nidarosdomen is not to be missed. The building of the cathedral began in 1070, and it is built on the site of Olaf II’s grave.

Today it is Norway’s largest gothic building. You’ll be enthralled by the incredible, richly-detailed dome and the fantastic works of art. 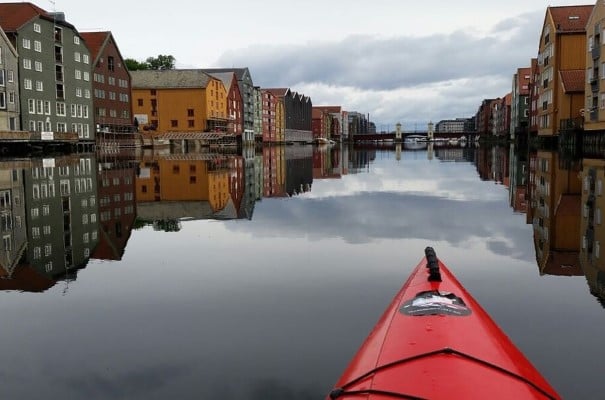 Go kayaking on the river Nid in Trondheim.
The day-by-day programme will give you a few ideas about what you can see and do on your coastal voyage in Norway, but bear in mind that this itinerary is just an indication of what you can experience. After all, this is a sailing where the elements rule and weather conditions might vary, which is why every voyage with Hurtigruten is unique.
Check prices and availability 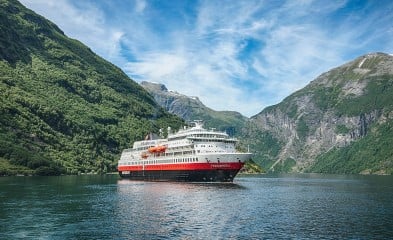 On board MS Finnmarken you find Hurtigruten´s relaxed style combined with a bit of luxury.

Norway's reigning monarch, a seasoned sailor, lends his name to this remarkable vessel. 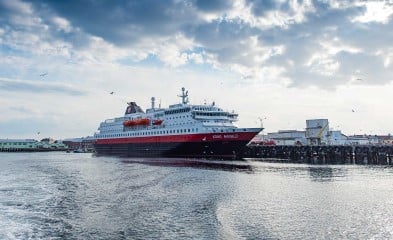 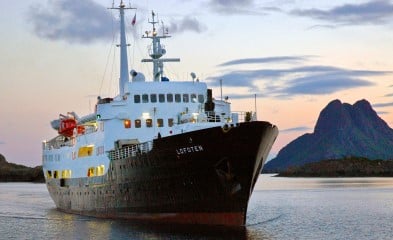 MS Lofoten - our old-time favourite - was launched in Oslo in 1964. The ship´s classic maritime style and informal atmosphere inspires genuine nostalgia in her passengers.

The MS Midnatsol (Midnight Sun) is dedicated to the wonders of Arctic summer. The ship sails along the Norwegian coast from May to September, and is part of our global Explorer sailings during the rest of the year. 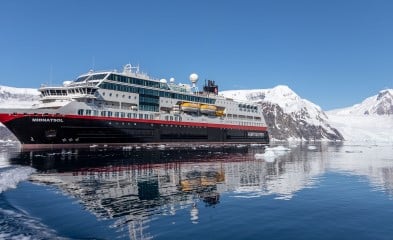 MS Nordkapp is named after the northernmost point on mainland Europe: North Cape (71ºN) - one of the geographical highpoints you can visit on a Hurtigruten voyage.

Polarlys is Norwegian for `polar light´, and refers to the natural Arctic phenomenon we pursue in winter. 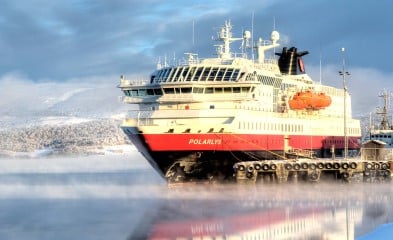 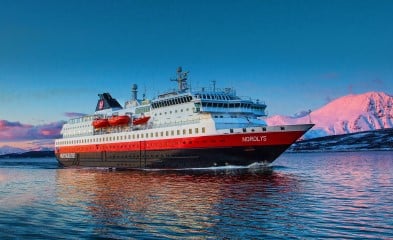 Both the name and the interior design of this modern expedition ship are inspired by the spectacular Northern Lights (Aurora Borealis).

MS Richard With proudly carries the name of Hurtigruten's founder.

Read more about MS Richard With 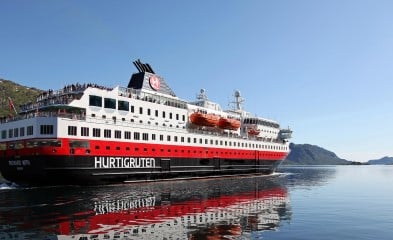 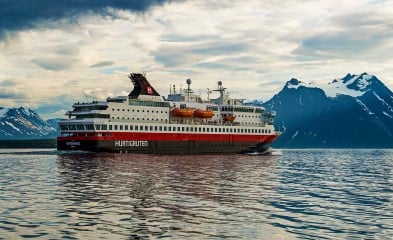 MS Nordnorge is aptly named for northern Norway, most of which lies above the Arctic Circle.

The ship is named after the spectacular Trollfjord in Vesterålen. Inside she provides spectacular comfort, modern facilities and interior design that makes extensive use of Norwegian wood and stone. 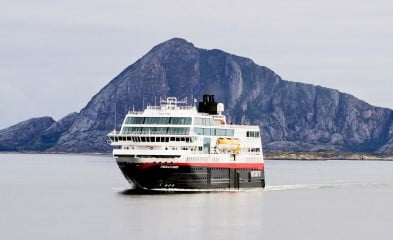 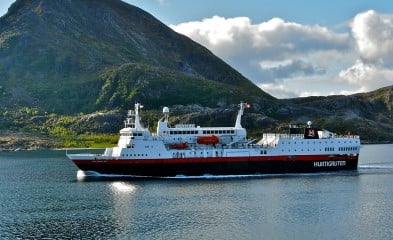 MS Vesterålen is named after the first Hurtigruten ship that sailed along Norway´s rugged coastline in 1893. She is one of our smaller boats and has an intimate on-board atmosphere.