Weather and seasons in Antarctica

Dramatic seasons, harsh temperatures and impressive winds all help make the South Pole one of the most interesting weather locations on Earth.

If you've never visited a polar destination, you're probably wondering what you can expect weather-wise when you travel to Antarctica. Even if you've spent time in the Arctic Circle, the Antarctic is an entirely different experience. The high elevation and large landmass makes the south pole significantly colder than the north. Of course, temperature is only one piece of the antarctic weather puzzle. Here's an overview of what weather conditions are like on Earth's southernmost destination:

Antarctica only has two seasons: summer and winter. Because it's located in the southern hemisphere, Antarctica's summer is from October to February. During this time, the sun is almost always in the sky. Days rapidly get longer there in summer, until, eventually, the sun doesn't set at all. This phenomenon is called the Midnight Sun. Although there are multiple places in the northern hemisphere that experience this perpetual sunlight during half of the year, Antarctica is the only southern location where it can be seen.

If anyone is in Antarctica once winter comes, they're staying until summer returns. Flights and ships cease travel to and from Antarctica once the weather starts to turn, as conditions become too treacherous for travel. Typically, researchers are the only people who brave the antarctic night. This is a valuable time for astronomers, who can use the complete darkness to get spectacular views of the universe. Climatologists are also busy during this time of year tracking and comparing the temperatures on and below the continent's surface.

If you choose to go on an Antarctica cruise in February or March, you will be seeing the continent during its late summer period. This provides a variety of benefits, including the ability to explore more thoroughly as the ice melts and breaks apart, allowing for a high chance of seeing whales on the Peninsula.

Late summer is the best time to see whales in Antarctica. It is most common to see humpback whales, minke whales and killer whales, though it's possible to see many other species as well. These can include blue whales, fin whales, sei whales, southern right whales and sperm whales.

By March, those adorable penguin chicks are growing up. They begin to fledge and grow into their adult feathers, while their parents may already have gone out to sea to begin to prepare for their own molting season.

Why go during this season?

If you're an explorer who wants to see as much of Antarctica as possible, choose a late-summer cruise. As the polar ice melts, you'll have access to points much farther south than you would during other travel seasons. You will certainly see some wildlife, as well, and will get to know the untouched majesty of Antarctica in this particular form.

If you think of the Antarctic continent as a constant mass of furious snow storms, think again. While blizzards do happen in the south pole, they're few and far between, and they're typically due to winds blowing lose snow rather than new snow falling. Snow doesn't fall fresh very often - the continent only gets an average of 2 inches of precipitation each year. Antarctica is technically a desert, and a particularly dry one at that. This is because the cold air simply can't hold much water. There's no precipitation without humidity, and there's no humidity without heat.

You might be wondering why the continent is covered in snow if it rarely falls. Even though there isn't much precipitation per year, the temperatures don't rise high enough for the snow to melt away. Anything that does fall gets accumulated until it's packed into ice. 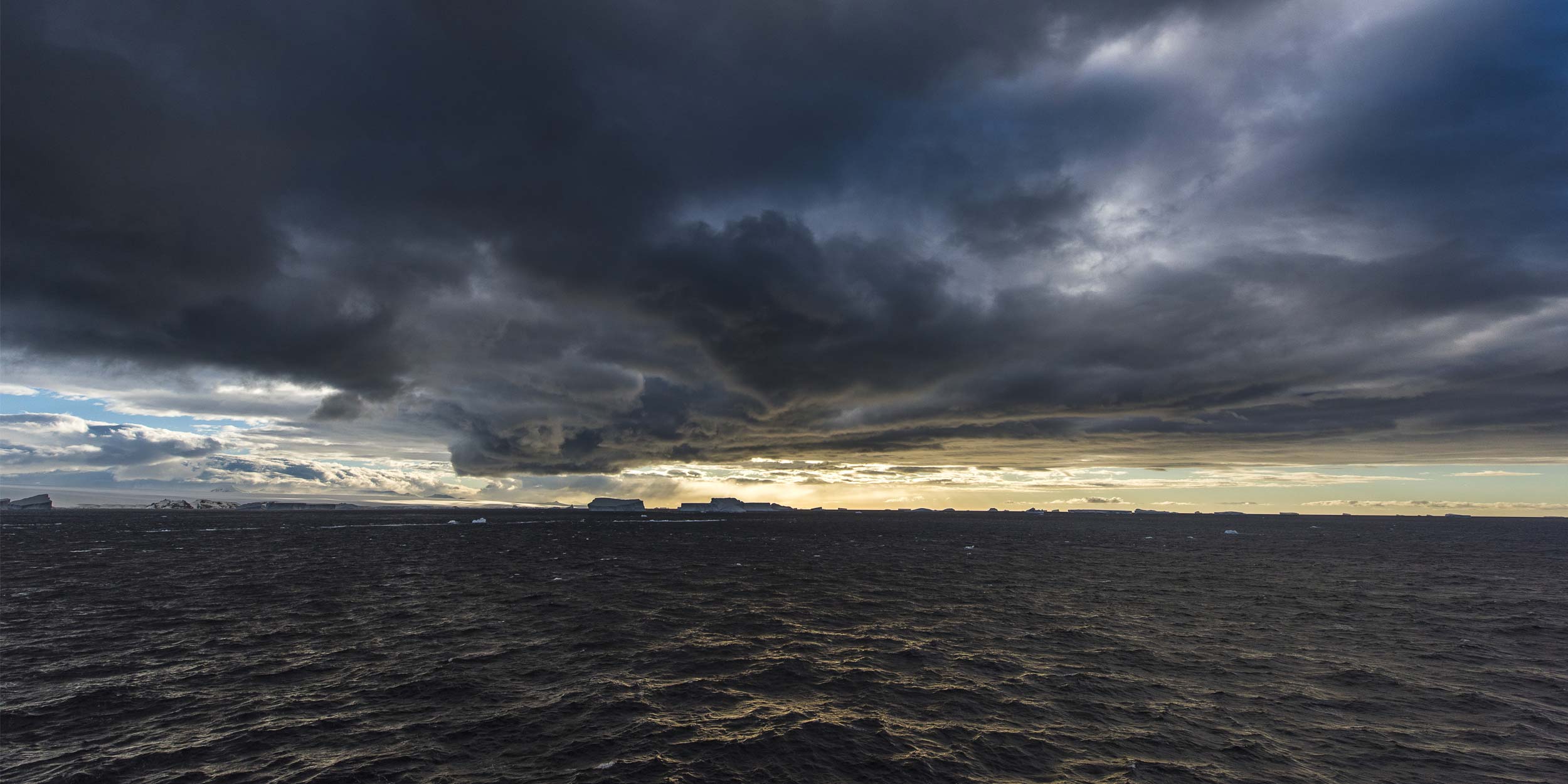 The dramatic elevation differences throughout Antarctica lead to impressive and harrowing wind speeds. The continent's coastal regions experience what's known as katabatic winds, or winds that that flow down slopes to the areas below. These gusts come roaring through the flatter, lower parts of Antarctica, and regularly reach up to 100 km/h.

Although that's the average, the air can - and does - move a whole lot quicker. It's not unusual to see speeds up to 160 km/h, and the highest wind speed ever recorded on the continent was 320 km/h. Interestingly, the south pole's high elevation means it doesn't get particularly high winds itself - the average wind speed there is only about 19 km/h.